I have been creating Surreal land scapes as the rain pitter patters on my Galway window. This piece was inspired by Geometrical Nordic Art. I’ve created a simplistic form that floats independently through it’s own universe. The sole gull flies above the landscape as if it has just swooped through the pointed tree mountains. In the vast universe sits the moon, watching from her ancient pew.

There will be more to come.

Creating your ultimate promotional material is a process that you go through with care and thoughtful planning. This involves not only establishing the design for your material but the overall strategy behind what you are intending to do. We can help you clarify a defined plan, to ensure you produce the best material for your business. 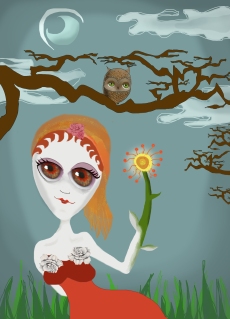 For the past 10 days I have been knee and elbow deep in …click click clicking and mouse moving…. as I obsessively created Geometrical Art that swiftly turned into floating planet, Flat Earth Art, mesmerising myself with colours shapes and all the little pieces of Nature Photography.

I’ll show you my first one. Inspired by the Nordic Art. With it’s clear sweeping lines.

My very first piece. I like so much (does that make me vein?) as the lines are so swift and sharp cutting straight to the shite border. And the shapes are so definite and strong, but in the centre, between the sea and forest the line is soft and textured.

Then there is the perspective. I like as if the forrest grows out of the sea (ok it’s a river, but let’s just pretend it’s the sea). I like when you can play and twist perspective. I added the bird and the moon to twist the image into a floating planet image.I love how William Robinson plays with perspective here’s some of his more interesting images on Pintrest. 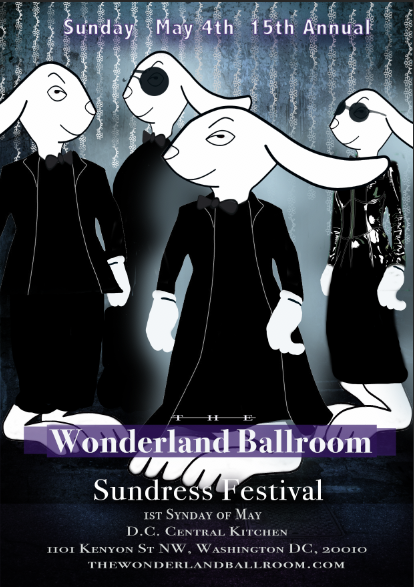 This is how it’s shaping up so far. Flowers rain down in place of computer codes and bunnies stand in their somber dark suits, ready for action.

Possibly I can brush up the font a little to make it look more like the font from the original poster.

Below is The WonderLand Ballroom poster from last year. Little bit of a change.

Who ever said the 11th century couldn’t do with a bit if Propaganda Power.

How to motivate your peasants how to pick up an axe or sword and head to war for their mighty King.

Here’s an example of what might have happened if the Kings of long ago had access to the powerful press of the 60’s.

If  you were a Normandy peasant would this motivate you to head to bloody war for you wonderful king?

Creating T.R Josset’s Propaganda Posters for the Battle of Hastings.

Today I have been busy creating some Propaganda posters, maybe just a little too late to have the sweeping mind control effect on the people of the high middle ages, but maybe it will have an affect on some of their ancestors.

The music of T.R. Josset’s new album follows the story depicted in the Bayeux Tapestry. Essentially, the story of how William the Conqueror retook the crown of England from the Usurper Harold and ultimately the Battle of Hastings.

Here is a snippet of the tapestry.

Josset, wanted me to create an album cover from the Tapestry, but sadly couldn’t get hold of scans from the French Museum. I do believe the French are in the middle of a new revolution so they might not have time to be scan.

Here is Josset’s first idea.Instead of Hitler the 11th Century propaganda poster would be change to Harold. 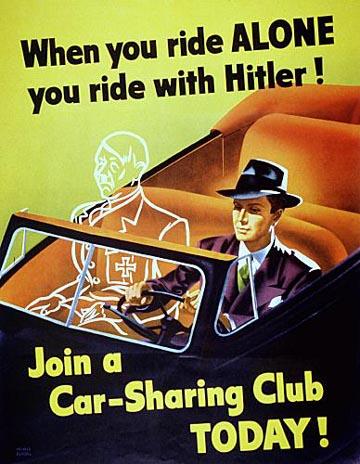 Here are my First draft and Last creation after working through drafts and revisions with Josset. 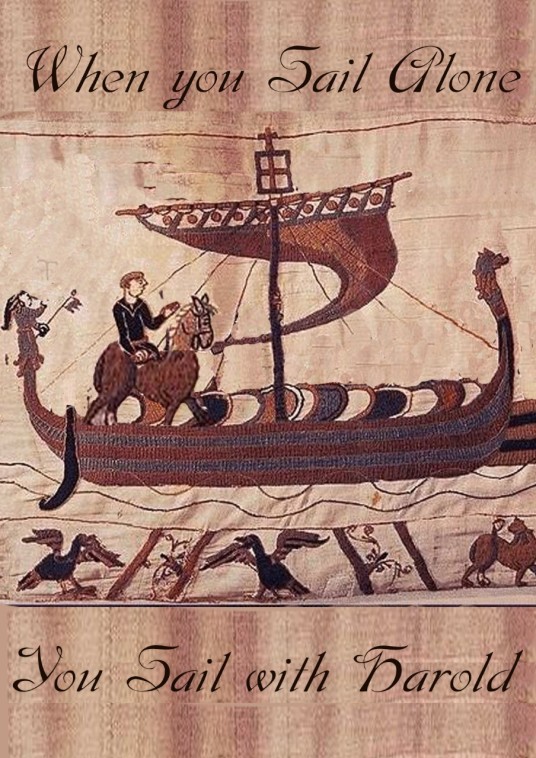 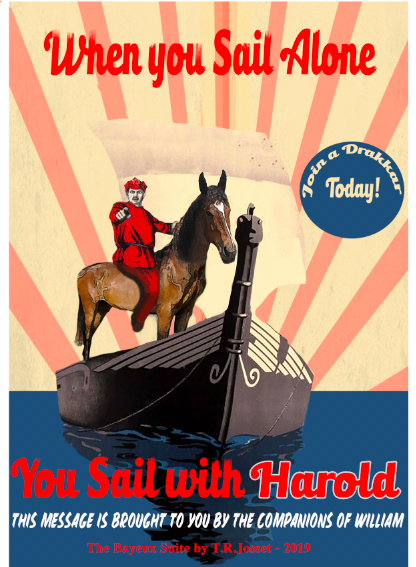 Social Media Material you want it, we can make it.

Experienced at creating an impact of instant information. Banners, Gifs and posts. 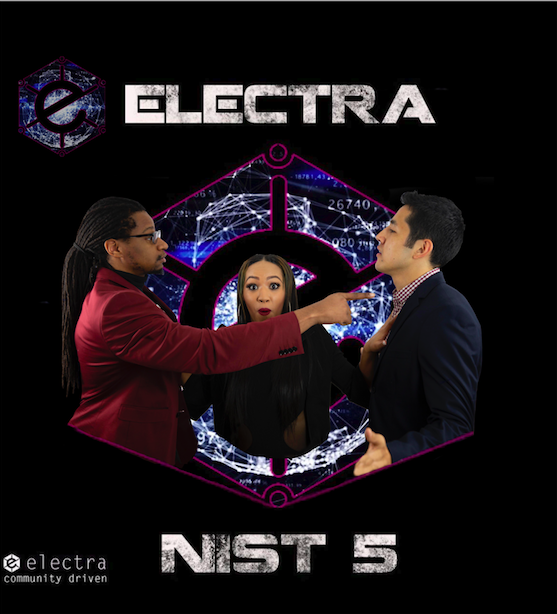 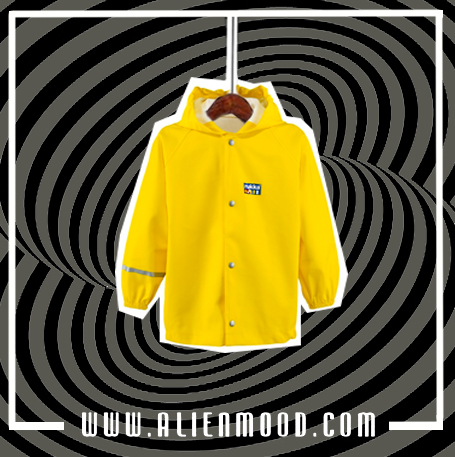 Experienced working with performers to create their Awesome Promotional Material. 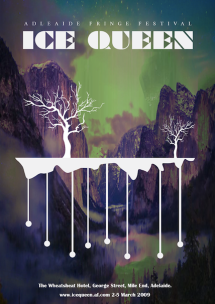 Need a vector image for work or play, contact us today.

Creating your ultimate promotional material is a process that you go through with care and thoughtful planning. This involves not only establishing the design for your material but the overall strategy behind what you are intending to do. We can help you clarify a defined plan, to ensure you produce the best material for your business. 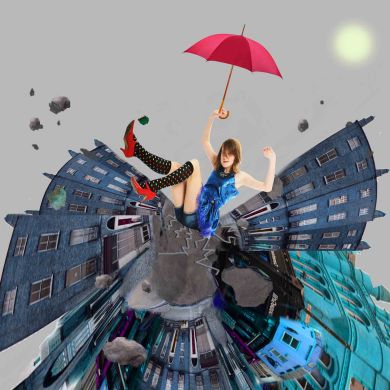 Get in touch, We can create it for you. 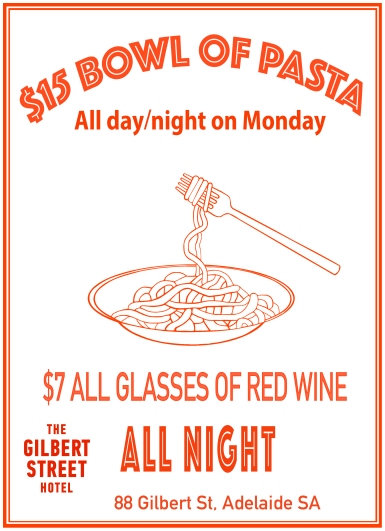 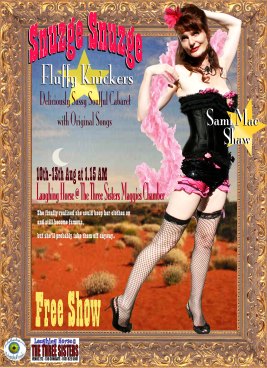 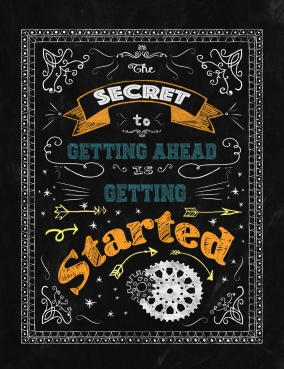